Striving for the Goal

Thanks to the Board of Trustee's decision last fall, we have a plan to take care of our outdoor athletic needs, while also creating a significant enhancement to our campus. The "Striving for the Goal Campaign" was crafted with two key phases in mind:

The first phase, Phase I, includes tearing out the current track, which is in disrepair, and building a new track behind the middle school. During this phase we will also re-turf the existing turf field, and extend the installation of the field turf well beyond the current sidelines for athletes to have enough sideline space for safer play.

Phase II will include a Teams Building near the northwest corner of Holland Christian Middle School, near the newly installed track. This building will include public restrooms, team rooms, concessions and equipment storage for HCMS. This much needed space will allow HC to remove the portable on the north side of the Middle School, which has been under use as a teams room for longer than intended and is approaching disrepair.

We are thankful for the significant interest and support that has already been given to this project. Our goal is to have 100% of the funding pledged for Phase 1, or the new turf and relocation of the track before beginning work in early summer of 2022. While $2.5 million of the needed $2.85 million has already been pledged for Phase I, we still need your support. If the funding level goes well, we can consider embarking upon the $1.1 million campaign for Phase II.

We are confident that working together as a team through the broad base of support of the Holland Christian community, we can reach the funding goal to carry forth this project in a fiscally responsible way–continuing to care for our physical campus, while also caring for the bodies of our students and athletes who use these facilities.

Group field events together in a new location west of HCMS. (Phase I)
2

Replace & expand the turf of our current athletic stadium. (Phase I)
6

Remove the track in our current stadium to allow for turf expansion for athletes' safety. (Phase I) 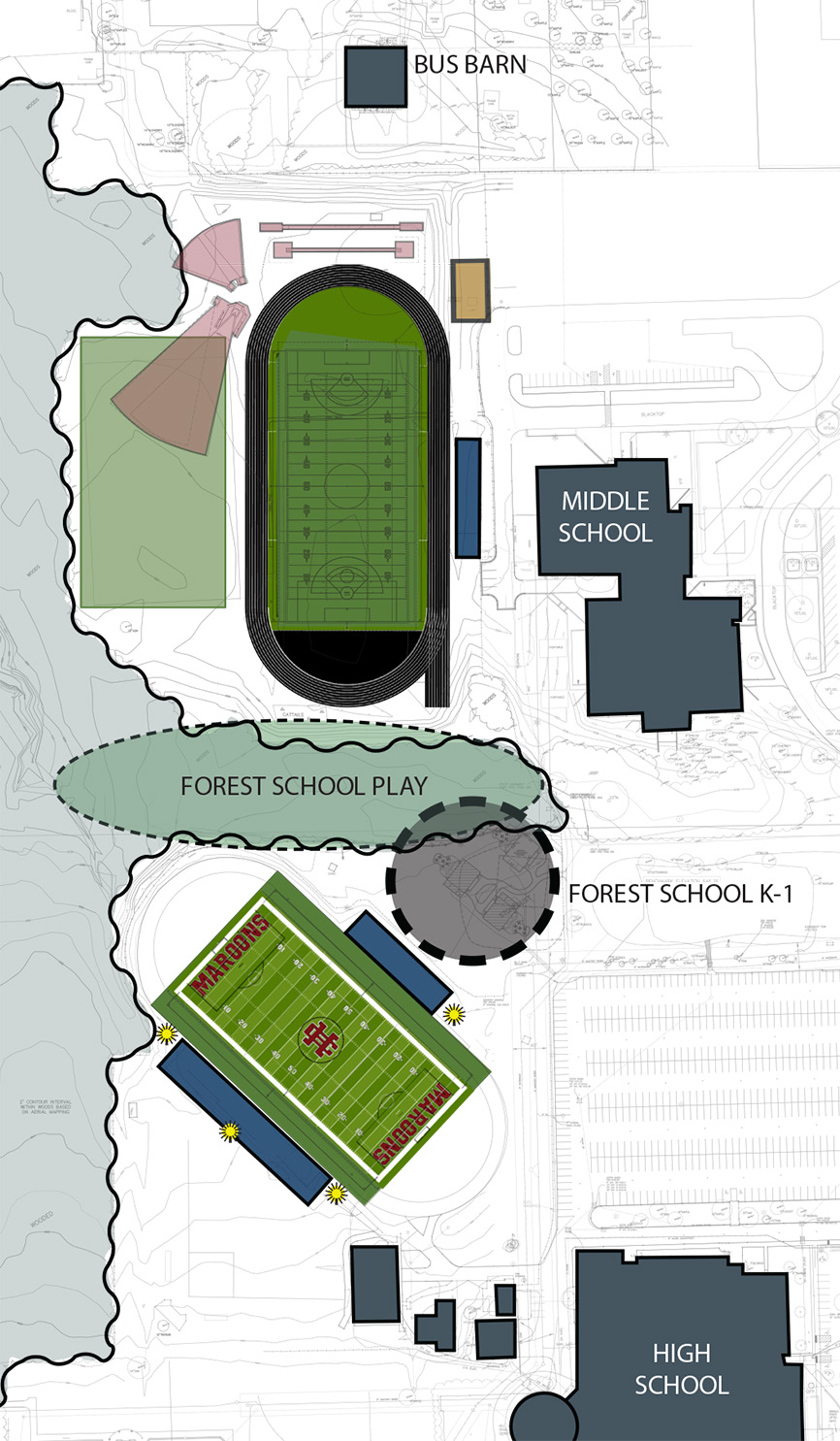 This brochure explaining the campaign gives a few more details, in case you are interested.

But we also want to say thank you. We’re really excited about this upcoming athletic capital project, eagerly anticipating the new features, and we want to thank you for your investment in, and continued commitment to Holland Christian Schools.

Striving for the Goal Athletic Campaign

Thank you for supporting Christian education and co-curricular activities at Holland Christian Schools! Your investment, involvement, and commitment are a huge blessing to us, and allow us to better prepare each student as we together strive toward the goal of glorifying our God! With this form you can choose to donate directly or pledge future support:

Thank you for your interest in the Striving for the Goal campaign! Should you wish to personally discuss this project with someone on the Stewardship Committee at Holland Christian, an appointment can be arranged by calling 616.820.2805.