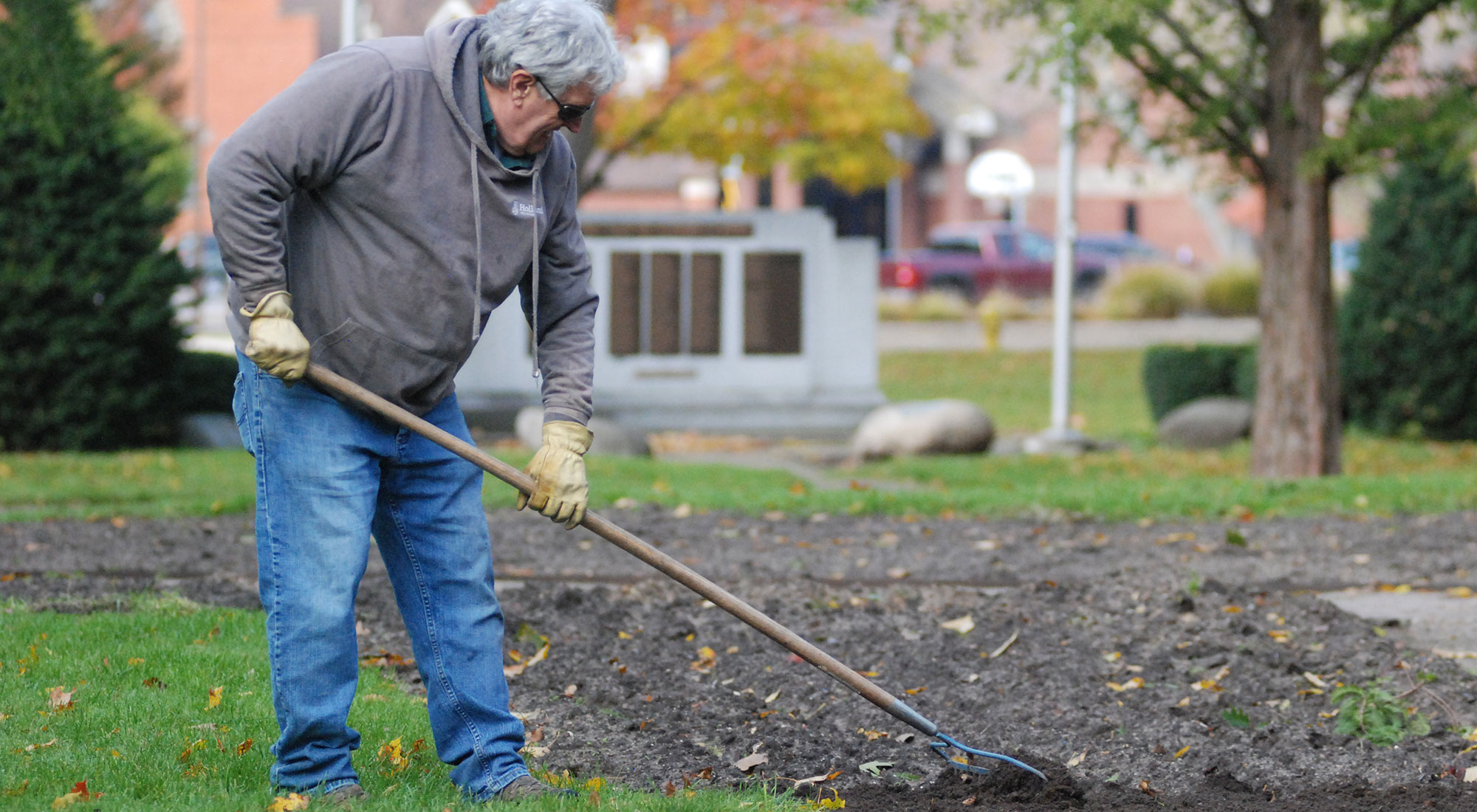 ”...this is why my parents wanted me to have a Christian education, that it’s God’s world, and He is in everything we do. And it’s so true.

We’ve been in the education business long enough to realize that sometimes it’s the “naughty” kids who end up the most committed church elders, best community leaders, most successful business people, high quality parents. Not always, but a good bit of the time.

Steve Zwiep ’71 admits he was one of those naughty kids back at HC—and his friends and teachers would probably agree—and acknowledges that he didn’t always appreciate his Christian education then.

But that was long before he sent his own three kids through HC, and now watches his grandchildren start there.

“At the time I didn’t really appreciate it—it wasn’t until afterwards when I got out that I realized this is why my parents sent me to a Christian school, why they wanted me to have a Christian education, that it’s God’s world, and He is in everything we do. And it’s so true,” Steve admitted.

“There was a sign in front [of school] that said ‘Soli deo gloria.’ That had a lot of meaning, and has stuck with me all my life—not that I have done everything for the glory of God, but it is a guiding direction in my life,” he added.

Raised in his Holland home just 150 feet out the back door from his grandpa’s greenhouse, Zwiep’s Greenhouse, Steve started working for his dad and grandpa when he was 12, coming home after school and on Saturdays to do the odd “gopher type jobs” for a grand $.25 an hour. Then his dad purchased the greenhouse from his grandpa, Steve and his brothers became managers, and learned the gig through reading and experience, as well as MSU seminars.

Brought up in greenhouses, increasingly addicted to plant growing, Steve majored in biology at Calvin then-College, where he met his wife, Sue, and together started a family eventually with three children, two sons and a daughter, all HC grads.

“The interesting thing about growing is that it gets in your blood. And it’s very rewarding,” Steve said. He’s had a variety of college majors work summer jobs at the City of Holland’s parks who so enjoyed the work they almost switched majors.

Ever since 2006, Steve has worked as the City of Holland’s Parks Supervisor, watching over, caring for, growing, planting, raking, fertilizing and everything else you do for Holland’s 22 parks, from the smallest 1/2 acre Morton Park to the 160 acre VanRaalte Farm, together totaling over 400 acres. “We have a large park system for the size town we have,” he shared. “It goes to quality of life. It allows people to escape from the busyness of life, just to sit, to relax and let the beauty of the flowers and place come over you.”

“It’s important,” he went on. “No one comes to ooh and aah over our streets, our police department, our fire department—though of course we need those things, but it’s like the icing on the cake.”

“Even in the winter people park [at Kollen Park] and just sit and gaze over the frozen water. Green spaces are very calming and restorative for people—just look at the Psalms!”

Each year since 2011, Steve has helped Holland win numerous awards through the national community improvement program “America in Bloom,” where communities are judged on seven different criteria, such as flowers, landscaped areas, urban forest, environmental effects, community vitality. This year Holland was awarded “Best Community Celebration” for its population category. “It’s just fun,” Steve said. “It’s an improvement program—it shows us how we can improve our city in these areas.” In 2017, Holland even entered an international competition, “Communities in Bloom” with the same criteria, and won several categories for its population group that year as well, and may enter it again in 2020.

But his biggest event, obviously, is Tulip Time, and he’s been choosing the tulip colors and types, with some input from others, including his recently hired greenhouse specialist, for the last 12-13 years. The 2+ mile parade route and downtown area get new tulip bulbs every year, and although most tulip bulbs last longer than one season, “you get a better stand” with new bulbs, he said. “If you leave them in the ground, the bulbs split, and the stems aren’t as strong, but blooms are smaller,” so out they come every summer. And in go new ones—all 189,000 of them in 90 different varieties. By hand—and foot, since they use a thigh-high bulb planter to plant them.

Steve orders all the bulbs at the end of May, or beginning of June already for the next spring. The City puts out a bid, and ever since 2016, they’ve gone with Unex, a bulb company based in the Netherlands. For just one year, back in fateful 2016, when the city went with what was the cheapest bid that year, rather than Unex, the tulips sported brown spots, deformed twisted leaves, and short stems—all signs of a fungus called Botrytis, or tulip fire. Definitely not a year to repeat.

”It doesn’t matter what your calling is, but if you find God’s calling in your life, and you go after that, God’s going to make you satisfied in that calling.

But that wasn’t quite as bad of a year as the 2012 “Stemfest.” “We won’t talk about that,” Steve chuckled. “The last week in March had 80+ degree days for five days in a row. Tulips were blooming in the end of March. I never saw that before.”

In the end, all they could do was make a parody of it, still running all the parades and celebrations, just as “Stemfest,” instead of Tulip Time. “I think the 2012 Tulip Time t-shirt is actually a collector’s item,” he laughed.

Another year, back in 2015, Holland was awarded the best tulip celebration in the world. And not because of total tulip numbers. Places like Istanbul, Turkey, actually have way more tulips—30 million of 125 species—planted throughout the city. And there are cities in China, Australia, and Japan that all hold tulip celebrations as well, often with more tulips than Holland. But Holland holds the largest tulip festival that sets the one week of tulip celebration ahead of time and sticks with it, no matter when the tulips bloom. The other tulip communities set a general month for the tulip celebration, wait for the tulips to bloom sometime in that month, then spread the word whenever they’re blooming.

“We have the largest economic impact of all these countries,” Steve said. “We don’t know when the tulips are blooming. But even if the tulips are over and done blooming, we still have the festival, and have a good time.”

Together Windmill Gardens, who orders 120-130 different varieties, and the City of Holland order 450,000 tulip bulbs from the Netherlands. It’s the largest single order of tulip bulbs by a city in the Western Hemisphere, other than Ottawa, Canada. (Since Ottawa receives 500,000 tulips every year in gratitude from the Netherlands for housing and protecting the Dutch royal family during WWII.) Steve and his team plant the tulip bulbs at the end of October into November, since they “need the cold period, to get rooted, take up the nutrients, and get a good stand.”

A good life, filled with rewarding work that Steve feels blessed to enjoy.

“In Ecclesiastes, he talks about your work, that your work is a calling of God, and that God satisfies you in your calling,” Steve said. “It doesn’t matter what your calling is, but if you find God’s calling in your life, and you go after that, God’s going to make you satisfied in that calling.”

“My whole work life has been so satisfying, and for that I’m grateful to God.”